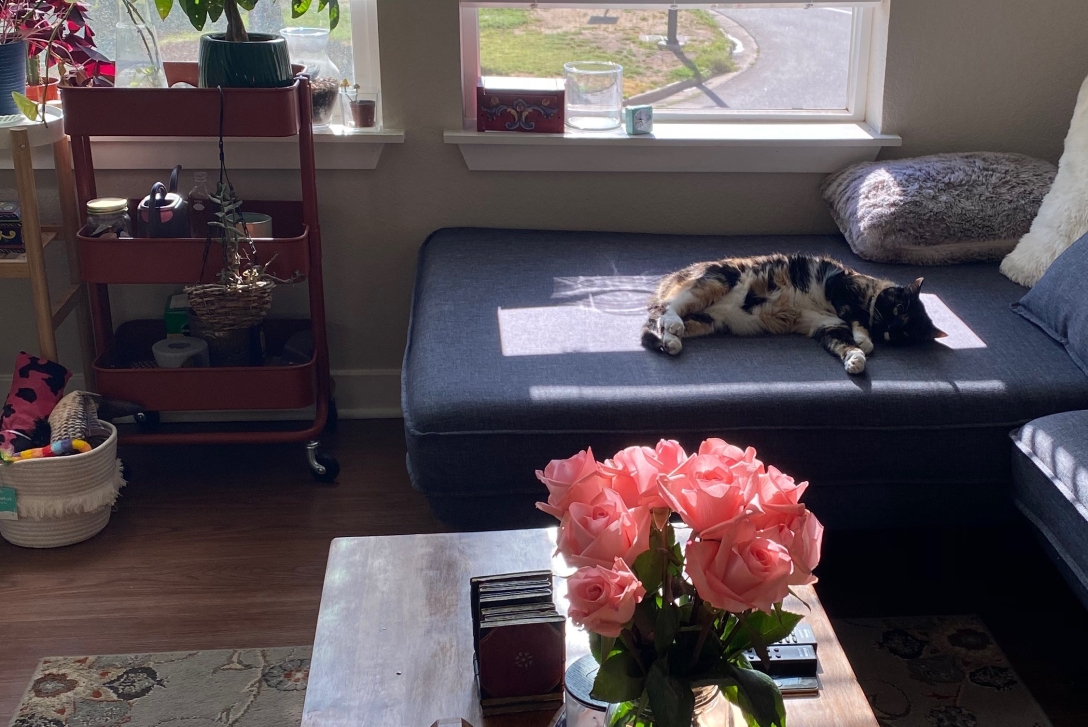 I vacillated on whether and when to take time off this summer and, when it became clear I was running out of time to decide, finally swallowed my anxiety and did it. I am always anxious about taking time away from work because I worry about losing time on projects and social capital by not appearing present enough, but I am learning that preserving a pristine image of my productivity is not doing me a service. My company has ‘unlimited time off’ — a nice perk in theory, but in practice more of a marketing and accounting trick that prevents a company from holding banks of unused PTO as a liability on their balance sheet. Still, I decided to take advantage of it and take all of this upcoming week, hopeful that within a couple of days I could actually turn off my corporate brain and get some real rest.

We kicked it off yesterday by sleeping in, doing absolutely nothing useful, and then driving up to Boulder for a long, socially-distanced dinner with friends on a patio. They were the first friends we have seen since March and spending time with them was a salve for our loneliness. Two of them were friends from an old job and we spent a decent amount of time talking shit about the company; I also made a new friend, the wife of one of my coworkers, and we bonded over video games, behavioral economics, horror movies and antidepressants. We ate sandwiches and laughed with smoky Bunnahabhain scotch in our throats and were greeted by hummingbirds and crows. Then we went home and watched The Great on Hulu and feel asleep at midnight.

A few days ago we watched Midsommar — me for the second time, Adam for the first — and I had to take notes. I haven’t taken notes on a film since college, when I was studying Gothic literature and film, and I joked that I had ‘forgotten how to read’. When you study English language and literature in school, you learn how to analyze themes, metaphors, symbolism, narrative structure, character development, literary device. I am out of practice with highlighting passages in pink, writing notes in the margins, and circling the words that cut to the heart of things. But writing and reading are making me more awake to art. I have ideas and observations, and I enjoy the noticing. I ended up three pages of notes on the film. If you’re interested and don’t care about spoilers, I wrote about it below.

The central character of the film, Dani, is in a long-term relationship that’s already over—the film hints that her boyfriend, Christian, is about to dump her when her entire family is annihilated in a murder-suicide by her sister. She ends up the fifth wheel on a trip with Christian and three of his friends to a 9-day midsummer festival in a remote commune in Sweden. Her presence is awkward from the beginning and clearly unwanted; her loneliness and isolation is palpable, and it is painful to watch her struggle to bridge the alienation between herself and Christian. Over the course of the festival, even through strange and horrifying rituals, she begins to be folded into the warmth of the community as it becomes clearer that the wedge between herself and Christian — driven further by the residents of the commune — will divide them for good.

The film uses the warmth and cold of the seasons to reflect on isolation, transformation, and ultimately, belonging. The death of Dani’s family and the height of her emotional separation from Christian weigh heavily in the winter, underscored by one of the film’s opening images of snowfall drifting into the garage floor beneath the exhaust pipe that her sister has taped to a hose leading to their parents’ bedroom. Then there is the contrast of the seasonal warmth of the midsummer festival, the warmth of their embrace of the otherwise utterly-alone Dani, and the final, fiery ending where she watches, smiling, as Christian burns to death in a ritual sacrifice wearing the skin of a bear. Dani’s welcome into the ‘family’ changes her into someone else: not an anxious, lonely, parentless and sisterless girl uncherished by the one important person remaining in her life, but a May Queen, dressed in white, dancing in the sunlight of the impossibly long northern day, festooned in flowers head to foot. The fire that burns down the sacred temple and Christian takes with it the last ties she had to her old life and her old self.

This week I struggled to keep working on some of the essays I have started and found myself drawn to short stories and even a poem. I may post some of it soon once I do some editing. Last week I wrote a product management post for work on how I try to keep my backlog of work prioritized and organized; that will be on Built in Colorado. I haven’t had much drive to write for work other than that, but I do know some things about product management, so maybe I will write some professional posts later on for Medium or in a separate blog.

One thing I’m not skimping on is free writing. I’ve been doing it every morning for over a month now — just writing a few longhand pages of whatever comes into my mind. I’m excited this morning because a little fiction came out for the first time and I really liked it. Writers are supposed to hate everything they do but I’m trying to treat myself like I would treat a child doing art for the first time. Impressed, proud, congratulatory. Look at you! You are so smart!

View all posts by shaughnessyspeirs